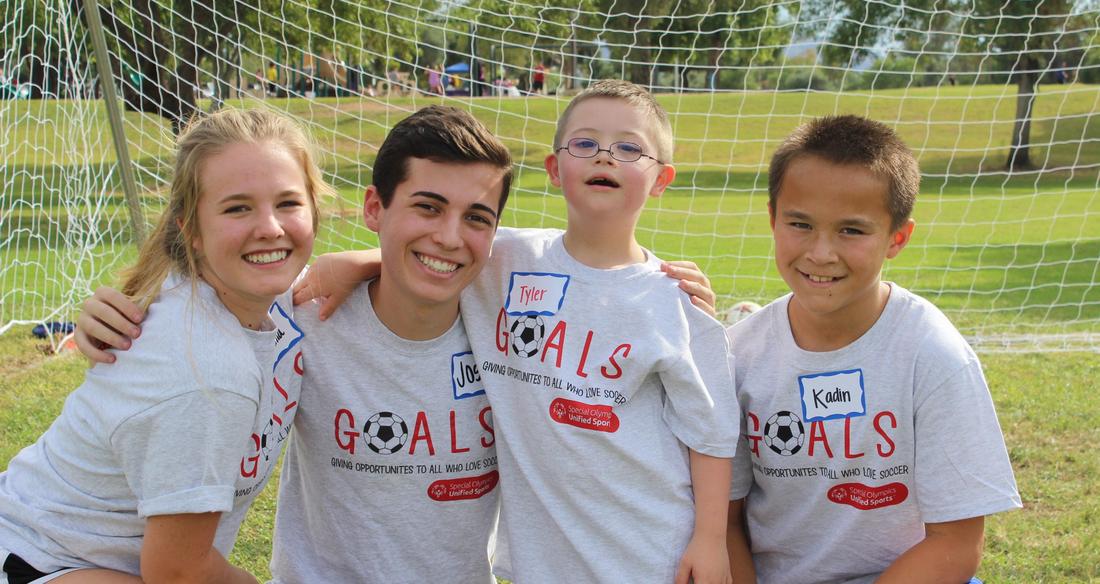 The first program we hosted had nine participants — among them, just four with special needs. Although we were initially disappointed, we immediately saw the value of personalized attention. From then on, we shifted our focus to the individual, creating a forum for positive social interaction. This approach creates a deeper sense of empathy through shared experience, allows our participants to overcome the hurdles of social stigma surrounding disability, and fosters a community of inclusion.

That is why Josh started GOALS, and why so many others have supported our mission. We love sharing our passion for soccer and seeing the transformative effect GOALS has on all the participants, both those with and without intellectual disabilities. For the first time ever, our athletes feel not just tolerated, but genuinely accepted. Through GOALS, we’ve created a community that embraces the diverse talents and abilities of its people and views others by the value they contribute, rather than how much they need.  The GOALS experience carries forward off the field, influencing how all of the participants view each other at school and in their communities.​​​​​

Founder Josh Kaplan has been playing soccer since he was eight years old. His parents signed him up, hoping that being part of a team would help him make friends, despite a stutter that made him painfully shy. Soccer was a transformative experience — on the field, his stutter didn't matter. Josh discovered he could lead, quietly, through action rather than words.

One of his teammates had a brother with Down Syndrome. He came to every one of Josh's practices and games, kicking a ball around by himself on the sidelines. He always seemed happy enough. But over the course of several seasons of conversations during water breaks, Josh stopped seeing him as just a kid with Down Syndrome and started seeing him as his friend. Josh learned that his teammate's brother didn’t play soccer by himself because he liked playing alone, but because kids like him had no team to play on. Soccer should be a sport for everyone, but not everyone is included in the sport.

Josh understood the pain of being excluded because of an inability to communicate. The more he thought about it, the more he realized that he had all the skills necessary to share his love for soccer with kids who might not otherwise have the chance to play, just because they needed some additional accommodations.

And GOALS was born.​